Permission to Work in Europe 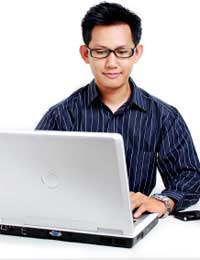 Europeans used to have to jump through bureaucratic hoops to work in one another’s countries. But the European Union has changed all that.

Working in the European Union

In Europe today you, as a British citizen, have the right to work in any other EU country. No residence permit is required. You can move to other countries even if you do not already have a job. Only in certain extremely rare cases, where you are deemed a threat to public health or public order, can you be refused entry into another EU country.

Moreover, when you work in another EU country, you should be treated just like the native inhabitants of that country. This means that, except in jobs related to law enforcement or national security, you cannot be discriminated against on the grounds of your nationality.Members of your family – defined as your partner or dependants – also has the right to come with you wherever you go and to work in the same country, even if your family members are not EU citizens.

Technically the right to go anywhere in the EU, as expressed in the relevant treaties, applies to “workers” only. That is, strictly interpreted, it could be viewed as denying rights of free movement to unemployed people, students, or pensioners. However, the European Court of Human Rights has interpreted the term “worker” very broadly indeed, meaning that just about anyone can move freely.

Many professions require their practitioners to have acquired certain qualifications. Since usually these are administered on a national basis, this can create barriers to worker mobility. As a result, the countries of the EU agreed to set up national organisations which would be responsible for assessing qualifications acquired in other EU countries and delivering an official verdict about their comparability to the qualifications achieved domestically.

If the qualifications achieved in one country are not deemed equivalent to those needed domestically for the practice of the profession concerned, the assessing organisation will be able to advise on the courses of study required to raise the incomer’s qualifications to the appropriate level.

Being Self-Employed in Europe

As you can see, working elsewhere in Europe is now, in general, extremely straightforward. There is one exception to this : self-employment. Rules governing the self-employed vary significantly from one country to another. As an EU citizen, you will be subject to the same rules as native citizens of the country concerned. However, those rules may well be very different from what your experience in the UK has led you to expect.

The details are often baroque so it is difficult to generalise but, though some countries treat self-employment much as it is treated in the UK, others may require you to register as a business, sometimes with multiple authorities, occasionally paying a fee to get a trading licence. In some countries your profession may be regulated, requiring practitioners to pass exams or register with a central professional body. If you are intent on moving to another EU country and earning a living as a self-employed person, you really need to research the practical implications of this in the country concerned.

Working in the EEA and Switzerland

Broadly speaking, the same worker mobility rights as in the European Union also extend to the countries of the European Economic Area - which, in addition to all the EU members, comprises Norway, Liechtenstein and Iceland – and Switzerland. There may, however, be some minor variations in rights and requirements when compared to the EU. For example, although in Switzerland you can live and work as freely, just as in the EU, you still do require a residence permit, unlike the EU.

There’s no doubt that the EU has been a great boon to footloose Britons in search of new experiences. Now if only we could learn the languages, the last barrier would come down!