Home > Ask Our Experts > What Happens to My NI Payments When I Emigrate? 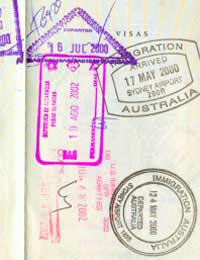 I will be moving to Australia within the next year and was wondering what happens to my national insurance payments that I have been paying.

I am a British citizen from birth and am 23. I will be moving there indefinitely and will NOT be coming back. Do I get these payments back?

Conceptually, National Insurance is, as the name suggests, an insurance scheme. So, just as if you had bought theft insurance for your house but never had to claim on it because your home was never burgled, you would not expect to be given the money back, the same is true for National Insurance payments in the UK. Insurance is a hedge against uncertainty, against bad things which could happen, but often don’t. Part of what you pay for with insurance is the intangible peace of mind.

However, you may be unaware that, if you have built up an entitlement to a British pension, which you must have done to some extent if you have been paying National Insurance contributions, you can still claim that pension from outside the UK, even if you emigrate on a permanent basis and become a citizen of another country. If you have not made payments over the whole course of your life, it will be a partial pension rather than a full one. Unfortunately, for this to be possible, the minimum period of time for which you need to have contributed is 25% of your working age years, or specifically 11 years if you are male. If you are only 23, you will not have been able to reach that minimum threshold. When you move abroad, though, you do have the option of continuing to make voluntary National Insurance Contributions in Britain build up your pension entitlement here. If you did this for a few more years, you would soon reach the minimum 25% level. Then, when you eventually reached retirement age in Australia, you could claim your 25% pension from the UK.

It’s worth noting that Australia is one of those countries where the value of the British pension is not uprated in line with inflation each year, so it tends to depreciate in value over time.

If you are interested in continuing to pay National Insurance Contributions for a few years to continue building up your right to a UK pension, you should fill in form CF 83 from HMRC. The payments can be made by post, through a bank or via an agent (someone who acts for you in the UK).

Tax and NIC When Moving abroad
Share Your Story, Join the Discussion or Seek Advice..
Could tell me ,my sister died in Canada last year she emanated from England in1968 , she went when she was 20 years old ,and died aged 73 ,she had worked from 16 to aged 20 ,so for 3 years , the Canada pension company wants to know her NI number in England ,why do thay need tht
Bike - 5-May-20 @ 2:56 PM
Dear All, I am an Italian citizen who has been working and paying tax in the UK for 31 years. In a few years I would like to go back to Italy permanently (note I never worked there so never paid NI in Italy). Will it be possible to transfer my NI contributions to the Italian equivalent? While I already qualify for a British Pension I fear that by the time I retire my English language skills will have dissipated to be able to look after my interests in English and it would be easier to have one Italian pension as opposed to two one English and one Italian. Furthermore given my lack of contributions in Italy, do you think I should continue to pay voluntary contribution to my English NI? Also following Brexit things may change, but where do I stand now?Thank you so much for your help
Manushka - 30-Jul-16 @ 11:47 AM
Hello I hope you can help me: I've lived in France for 10 years now and I've been working for 5 years and they need proof of all the hours that I was payed in England , but I have no payslips or contracts its all been lost over the years, it's for my pension later on in life, if I have no proof then they will count just from when I started working in France, Is it possible that I can find out with my national insurance number or is there someone else I can Contact?? Envoyé de mon iPhone 4
Julie - 4-Dec-12 @ 2:58 PM
Title:
(never shown)
Firstname:
(never shown)
Surname:
(never shown)
Email:
(never shown)
Nickname:
(shown)
Comment:
Validate: