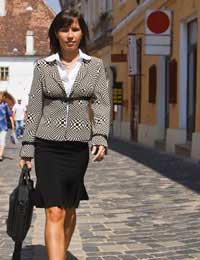 The European Union has opened up a new world of work possibilities to every Briton. Yet, for a variety of reasons, many of us are still drawn further afield.

Perhaps it's our language skills which let us down, or a craving for cultures which are more superficially similar to ours - but, to many of us, the United States, Canada, Australia and New Zealand seem permanently alluring.

Unfortunately for those who want to go there, you won't have the protections of the EU's Free Movement Directive, so you will need to apply for permission. Permission isn't granted to just anyone, though. Barring special programs for students, work permission will only be granted in most non European countries if you can show that you have some special skills or valuable experience.

Even then you may face quotas and a battle with bureaucracy to make your emigration dream happen. The temptation then is to work abroad without legal permission.

Expectations of Working Abroad Without Permission

Many people begin working abroad illegally with vague notions in their head. They think perhaps that they can find work and legalise their presence afterwards, as if their ability to find work will somehow convince the foreign government that they would be a "good catch".

If they are single, they may think that they will meet and marry a native of the country and so become legal citizens in that way. Often they believe that because they have white skin, speak English natively and come from a relatively wealthy country, that they will somehow be viewed more sympathetically and treated better than illegal immigrants from elsewhere.

Some of these things do happen, but it is rarely as simple as you might think. For example, in the United States, having entered the country under false pretences will count against you significantly should you ever apply for legal citizenship. If you are deported you will be barred from the country for up to ten years.

Life as an Illegal Immigrant

So you've decided to work abroad illegally. How worried do you have to be about being found out and ejected from the country? The truth is that, in many countries, the branches of the government dealing with immigration are often under-resourced.

So if you have limited permission to be in a country, and decide to exceed it and to stay to work there long-term, don't think that the police will be kicking down your door the next day or the immigration department will be sending you letters within the week. It's very unlikely to happen and, in fact, many people do live and work illegally for long periods, even their whole lives, in other countries. They may even prosper and start families. It does happen.

But you will face serious constraints. All of the work you do will be off the books so you will be limited to taking jobs with employers willing to skirt the law and pay in cash. You will not be able to integrate into the country's social insurance system so, if you fall ill, you may have limited or no access to medical treatment. You will have to live in constant fear of contact with government authorities. If you are caught speeding, it may end with you being ejected from the country. If you are mugged or your home is burgled, you may have to avoid reporting it to the police for fear of deportation.

Deciding to work abroad illegally is really to roll the dice on your own future. You might live happily ever after, but you may also end up feeling hunted and exploited, and be forced to return to Britain against your will.