What to do if You're Arrested While Working Abroad 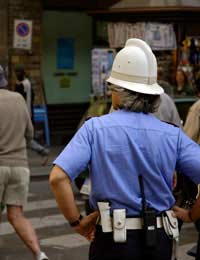 Even the most saintly of us can find ourselves involved in a criminal incident despite ourselves when, for example, a drunken scuffle flares up randomly in a bar. As a Briton living abroad, however, you are in an especially vulnerable position. You may find that your involvement has a catastrophic effect on your plans to live and work abroad.

If you are arrested while abroad the first thing you should do is ask for consular officials to be contacted. Under the Vienna Convention on Consular Relations, which most countries in the world have signed, the British consul should be automatically notified whenever you are arrested. You can also ask for this to be done just in case it hasn’t already. The same convention grants you the right to send messages to the consul and receive messages back. Consular officials also have the right to visit you in custody and will normally do so promptly as soon as they learn of your arrest. They will be able to advise you further on your situation and to put you in touch with English-speaking lawyers. Friends or family members will also be contacted by the consular staff if you wish.

Being Convicted of a Crime Abroad

While the court case is pending against you, you should take the time to consider the effect a conviction may have on your life abroad. The most obvious question relates to your possible deportation. Whether this is a danger or not relates to the country where you are living and the crime of which you are convicted.

Under the Free Movement Directive, also known as the Citizens’ Directive, it is extremely difficult for one EU state to deport the citizen of another EU state. There are exceptions to this but they relate primarily to newly admitted members of the European Union and to extremely serious crimes. In cases where deportation is being considered, background factors such as the length of your stay in the country, family ties and the degree to which you have put down roots will be taken into account.

If you are convicted of a crime and sentenced to prison, you may want to get in touch with the British charity Prisoners Abroad which offers to help British citizens serving prison sentences in foreign countries. The charity can arrange for you to receive English language newspapers and magazines, can sometimes offer financial assistance to you or your family and can help with resettlement after your sentence has been served.

When you are imprisoned abroad it may be possible for you to request a transfer to a British prison. Many countries have established prisoner swap arrangements between themselves. You should ask the British consular staff whether such arrangements exist with the country you are in. Transfers are not always possible. They are only considered in cases where the length of the sentence remaining to be served is greater than 6 months and where neither country objects to the swap.

Outside of the EU, it is very likely that you will be expelled from the country on completion of your sentence. Usually the severity of the crime you are convicted of and the length of sentence imposed will be taken into account. Minor crimes attracting either short or non-custodial sentences will probably not result in deportation. More serious offences probably will. Usually, you will have the right to appeal to a tribunal against deportation. Factors such as the length of your residence in the country and the ties you have established there will be taken into account.

Being convicted of a crime can rapidly put a dent in your dreams of establishing a new life abroad. Only the protections afforded by the EU Citizen’s Directive offer you a significant shield against removal from the country concerned.