Things to Know About Working in Spain 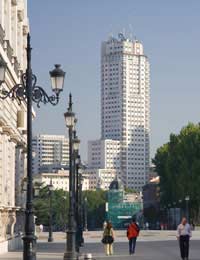 Spain is the second most popular destination for British emigrants after Australia. There are now large expatriate communities there. It should be noted, however, that many of the emigrants are retirees. Spain is far less popular as a destination for those who wish to work abroad. Nonetheless, some working age British people do relocate and try and build a new life there.

General Information About Working in Spain

The first thing to know if you hope to work in Spain is that unemployment in the country is very high, significantly higher than in Britain, so your expectations about being able to walk into a job there need to be pegged down accordingly. Salaries, in general, are significantly lower than in Britain. Living costs are too, but not by as much.

English language proficiency is not as widespread as in northern Europe, so unless you'll be working in a business servicing the expatriate community, you'll be at a significant disadvantage if you don't speak Spanish fluently. Even if you do, many Britons report feeling discriminated against within Spanish companies, insisting they are never afforded the same promotion opportunities as their Spanish colleagues.

Although Spain has the same kind of equal opportunities legislation as Britain, it does not appear to have penetrated as deeply into the culture. Many expat working Britons report instances of overt or covert discrimination in relation to age or sex. Spanish job adverts often include age specifications, for example, even though age discrimination is illegal. Women often complain that Spain is far less enlightened than Britain in its acceptance of women at senior levels in the workplace.

Working hours in Spain differ significantly from those in Britain. There is usually a two to three hour gap in the middle of the day, the famous siesta, with work resuming afterwards and ending at around 7 or 8 in the evening. During the summer months, some companies begin work early and continue without a break before finishing for the day in the mid-afternoon.

Dealing with Bureaucracy While Working in Spain

Dissatisfaction with the employment opportunities available in Spain leads many expat Britons to consider starting their own businesses there. You should be aware, though, that this will necessarily involve dealing with Spain's slow and inefficient bureaucracy, something that will be especially painful if your Spanish is less than perfect. So widespread is the problem or bureaucracy in Spain that a distinct kind of professional has emerged to deal with it : the gestor.

Gestors are essentially local experts, often bilingual, who are capable of steering you through the perilous rocks of Spain's laws, regulations and customs. Every town should have at least one of them. They are not just for foreigners either. Spaniards also use them for any dealings they need to have with the government. Through the knowledge and contacts they have built up, they can facilitate almost any transaction with officialdom. English-speaking gestors are plentiful in the areas where expat Britons congregate.

In part because of the overabundance of red tape in Spain, there is a substantial black economy. It is estimated that about a quarter of the economic transactions in Spain take place "off the books". This can be especially tempting for expat tradesmen who may be offered cash-in-hand work by other expats. It carries obvious risks, however, in that it is illegal.

The dream of life as a permanent holiday will no doubt continue to attract many of us to Spain. If you're considering a move there yourself, just be sure that you go with your eyes open - aware of the many significant differences between the Spanish culture and economy and what you may be used to in Britain.