Things to Know About Working in Germany 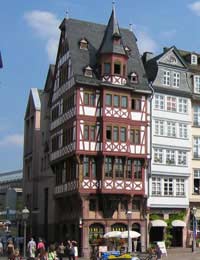 Germany is one of the world’s most dynamic economies, home to such globe-spanning giants as BMW, BASF and Siemens.

Though integrating the formerly communist territories of East Germany has proved more difficult than expected, Germany’s economy is still vibrant enough to make it the world’s leading exporter.

Where to Work in Germany

Germany is a large country with enormous diversity within it. Its capital city, Berlin, is not the centre of national life to anything like the same extent that, say, London is for Britain or Paris is for France. Berlin, in fact, was part of East Germany, although the city itself was divided, with some sections controlled by the West German government.

As a result of its long immersion in communism, the city and its surrounding region are still recovering economically. Although it lacks the economic dynamism of some other German cities, Berlin does have a vibrant cultural life and lower rents than is common in most other European capitals.

Besides Berlin, Germany boasts of many other exciting and attractive cities. Frankfurt is one of the pillars of world finance; Munich, with its distinctive Bavarian culture, is a centre of wealth and technology; Hamburg is both Germany’s media capital and one of the world’s largest ports.

When you work in Germany, you’ll need to register with the local authorities. One thing to beware of is declaring your religious faith. The German government still maintains a kind of tithing system called the Kirchensteuer. If you declare yourself a member of one of the recognised faiths, the German government will deduct 8-9% of your wages and give to the churches. The German churches rake in literally billions per year through this racket - er I mean - system.

It’s worth noting that not all faith communities are included. There is probably no direct equivalent in Germany of the main British religions, Church of England and Church of Scotland, so, if you belong to these faiths, you really shouldn’t be paying the Kirchensteuer at all. It’s been known for German bureaucrats to reinterpret one of these faiths as “evangelisch”, however, so watch out for that.

It may be better just to put “Atheist” in to be on the safe side! There are no really unpleasant consequences from this unless you plan to avail yourself of church services, such as marriage or baptism, in the future. Time to think about how strong your faith is!

German companies often apply much stricter standards to the receipt of CVs than is common in Britain. The standard German job application is called a Bewerbungsmappe. Considerable effort usually goes into preparing and presenting it. As well as a cover letter, it is customary to include copies of references from former employers and copies of your certificates from educational institutions.

A personal photograph should be placed on the first page of your application at the top right. This sounds fairly bizarre, even vaguely offensive, to most British people. After all, unless you’re a model or an actor, what does your personal appearance have to do with your fitness to do a job?

It’s standard practice in Germany, though, and in much of the rest of the continent, so you’ll just have to roll with it. What’s more, standard advice is not to use passport-style booth photographs, but to get some taken by a professional photographer instead!

Photographs aren’t the only personal information typically included on a German CV that can seem a little overly intrusive to British folk. Despite anti-discrimination legislation much like Britain’s, it’s customary to put your date of birth and marital status on there too.

In recent years, the use of British or American-style CVs without supporting documentation has become increasingly accepted in Germany. Attitudes vary from one company to another, though, so you can never be sure what the reaction will be. Moreover, if they don’t like the streamlined approach, they’ll probably just bin your application without letting you know about it.