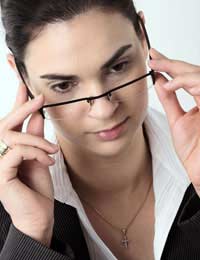 Going abroad to work is all well and good, but what happens if the work comes to an end suddenly? Can you access the country’s social security benefits, like in the UK, or will you be forced to return to Britain when your money runs out?

Social Security in the EU

The governments of the EU recognised that if citizens from other EU member states wanted to work in other EU members states, lack of access to the social security system would constitute a severe barrier to worker mobility.

As a result, it became a guiding principle of the European Union not only that workers had the right to move and work freely elsewhere in the European Union but that they should have the same rights of access to social security benefits there as local citizens did.

In some cases, when you go from one EU country to work abroad in another, social security benefits will be paid to you by the first country rather than the second. For example, if you are unemployed and in receipt of unemployment benefits and want to go abroad to look for work in another EU country, you can normally arrange for your unemployment benefits to be paid to you abroad by the country you are leaving.

Social Security Benefits in the EU

If you are working in another country and have registered within its social insurance scheme, you have the right to claim social security benefits there. Note that each country has its own rules on the circumstances in which benefits are paid to insurees. Generally speaking, however, you can expect benefits to be paid under the same broad set of circumstances as in the UK : unemployment, incapacity, pensionable age and maternity. In each case, your own eligibility should be identical to that of local citizens.

Since many social security benefits are paid based on previous contributions, this creates a potential problem. How are your contributions calculated when you move from one country to another? Do you lose the benefit of all the contributions you may have made in Britain over the years when you go and work abroad? Fortunately, the answer to this question is no. All social security contributions made in EU countries are added together for the purpose of determining your eligibility anywhere.

Unemployment in the EU

If you lose your job after working in Europe for a time, you will be eligible for unemployment benefit, just as in the UK. But does it affect your right to stay in the country? The freedom of movement rights within Europe hinge upon economic activity. That is, you are entitled to go and work in other countries. When you are not working, your right to remain within another EU country is, in theory, limited to three months. However, even after three months, if you can show that you are continuing to seek work and have the possibility of finding new employment soon (for example, if you have interviews scheduled), then you cannot be forced to leave.

Outside of Europe, your social security protections will be much less certain. You are not completely without protection, though. Some social security benefits can continue to be paid by the British government even when you are living outside Britain. In some cases, they will be paid only for a limited time; in others, there is no limit.

Britain does have reciprocal social security agreements with some other countries, including some popular émigré destinations such as Canada, New Zealand, and the USA. These agreements give British citizens abroad access to a broader range of benefits than would otherwise be the case. The details of which benefits are available in each place vary country by country so you really need to consult specific documentation on each one. Leaflets describing the benefits available in each country can be downloaded from government websites.

If you are concerned about protecting your entitlement to UK benefits while working outside of Europe, in some cases you will have the option to continue making voluntary national insurance contributions in Britain to protect and build up that entitlement. Even if you plan to stay in your new country, rather than return to Britain, in some cases this will still make sense because you may still be able to receive the benefit there. You should be aware, though, that even when a UK-based benefit is payable outside of Europe, it will usually not be uprated each year in line with inflation, although this does happen in a select few countries where Britain has special agreements in place.

The fear of being left abroad without friends, family or fallback resources of any kind is one of the greatest deterrents to anyone thinking about going to work abroad. As this article demonstrates, however, leaving the UK does not necessarily mean that you abandon your right to social security protections.

Paying Taxes When You Live Abroad
Share Your Story, Join the Discussion or Seek Advice..
hello, I, intend to stay for unknown period ,certainly less than 6 months in Thailand, I,ve spoken to e.s.a office to ask how long e.s.a is paid abroad for , there answer 4 to 8 weeks . Iwould like to do some volunteer work out there , do you think this could effect the e.s.a benefit situation ,can you offer any advice please
AL - 4-Jul-14 @ 1:47 PM
Title:
(never shown)
Firstname:
(never shown)
Surname:
(never shown)
Email:
(never shown)
Nickname:
(shown)
Comment:
Validate: