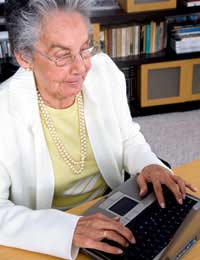 When you’re thinking of moving abroad, you should plan ahead and consider what impact the move will have on your eventual retirement income.

One obvious concern is whether you will lose any entitlement to a state pension you may already have been building up in the UK. This needn’t trouble you, though, as UK state pensions are payable to you anywhere in the world.

In some cases, depending on which country you move to, however, the level of your UK state pension will be frozen, either at the time you move abroad or the time you first claim it. This means your pension will not be uprated in line with inflation, as it would be if you lived in the UK. Britain has special agreements with some countries, though, which mean that, if you live there, your pension will be uprated each year just as if you were still in the UK. These countries are: all of the EEA countries (all EU countries plus Norway, Iceland and Liechtenstein), the USA, Serbia, Montenegro, Mauritius, Jersey and Guernsey, the Philippines, Croatia, Israel, Jamaica, Barbados, Bermuda, Macedonia, Bosnia-Hercegovina, the Isle of Man and Sark.

If you have a private pension too, you should check whether it will pay out into foreign bank accounts. Many will pay only into UK accounts so you may need to keep a British bank account open for this purpose. Another issue related to private pensions is that they may be treated by the tax authorities in your new home as a foreign investment. In some countries, pensions are almost entirely provided by the government so there is little recognition of private pension arrangements.

Be aware that having a private pension denominated in sterling exposes you to currency risk. This can sometimes work out favourably for you but if you prefer your pension payout to be stable and predictable, you may want to transfer your private pension abroad into a similar scheme in your new home. For this to happen, the foreign pension scheme first has to fulfill certain criteria set by the UK government.

Continuing to Build Up Your Pension While Abroad

If you move abroad and fail to make enough national insurance payments during the year in which you leave for it to qualify towards your eventual pension entitlement, you may have the option, even after moving abroad, of making voluntary additional contributions to take you over the threshold for that year.

If you are working abroad for the same employer you had in the UK, and your employer provides you with a private pension, you may have the option of continuing to pay into that private pension scheme.

In most cases, while working abroad in the EEA and paying tax in the country in which you are working, you will automatically build up an entitlement to a pension just as you did in the UK. When eventually the time comes for your pension amount to be computed and paid out, information about all of your pension contributions will be shared by the EEA governments among themselves. You will be paid proportionately by the government of each country where you built up an entitlement.

Tax issues in relation to pensions abroad can get complicated and you should probably seek professional advice on the matter. Broadly speaking, though, there are a few simple things it is helpful to know.

When you receive pension payments, those payments should only be taxed once if you’re living in a country with which Britain has a double taxation agreement. Normally, your pension will be taxed at source in the UK but, if you’re living abroad, and you let the British government know that your pension will be taxed in your country of residence, the tax in the UK will not be applied. If there is no double taxation agreement in effect between the two countries, you can expect to be taxed twice.

If you’re thinking of transferring your private pension abroad, be aware that, in some countries, there is a limited window of time in which you are allowed to do this without incurring tax penalties. In Australia, for example, the time limit is six months. Since the process can be rather bureaucratic and slow, that may not be enough time in which to complete it. For this reason, some advisers recommend beginning the transfer process even before you actually make the move.

Pensions are one of those things it’s all too easy to forget about when you go off to work abroad. It is worth taking time to study the matter, however, or even to get professional advice, because making the wrong choice at an early stage can cost you a great deal of money later on.