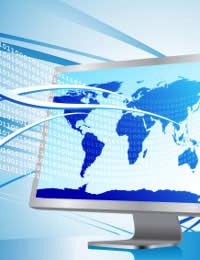 Wi-Fi has been one of the great liberating technologies of recent years. Many laptops and PDAs now come equipped with Wi-Fi capabilities, and the popularity of the iPhone and iPod Touch are said to be driving its adoption worldwide. If you’re lucky enough to have a Wi-Fi equipped device, you’re no longer bound to wired connections and user accounts in the home or office for access to the Internet. Instead, you can access it on the go with an ad hoc connection made from a device in the palm of your hand. Or that’s the theory. First, of course, you have to find a Wi-Fi hotspot.

A few years ago, there was a lot of talk about cities, eager to burnish their digital credentials, who were planning to introduce free Wi-Fi city-wide. Very few these plans ever came to fruition. In most cases, the economics or logistics of the proposal were found to be unworkable. Nonetheless, the idea did take off in a few places. Paris, for example, is now endowed with a large number of free Wi-Fi hotspots courtesy of the mayoral government. If during your travels abroad, you’re lucky enough to find yourself in one of these switched-on super-cities, getting a Wi-Fi connection will be easy for you. Elsewhere, you may need to work a bit harder.

If you’re planning a working trip abroad and know you’ll want to hook up with a Wi-Fi connection while you’re there, it’s best to do some research first to find out where the Wi-Fi connections are in the place you’re going to. There are websites which list Wi-Fi connections in locales around the world. On these, you’ll be able to type in a place name, a postcode, or pick a place on a map and you’ll be shown a list of nearby Wi-Fi connections, often with accompanying maps.

How to Find a Wi-Fi Connection

If you find yourself abroad somewhere and haven’t been able to do any advance prep, you’re in more of a dilemma. Internet research is still the best option if you can avail yourself of a conventional wired connection somewhere. Otherwise, you’ll just have to make do as best you can, hoping you can find somewhere. There are freely-available software tools, on a variety of platforms, which will help you detect nearby Wi-Fi connections in your vicinity. Using these, you will be able to scout out possible Wi-Fi hotspots as you move around.

If you’re flying blind, your best options for finding a Wi-Fi hook-up are :

If you’re really stuck for cash at the time, you may find that while hanging around outside one of the establishments mentioned above, you may still be in Wi-Fi range. Try to be discreet, though. Very occasionally, people have been arrested and charged with theft for using the Wi-Fi service of a restaurant they weren’t actually patronising at the time!

For anyone professionally dependent on an Internet connection abroad, a Wi-Fi hotspot seems like a safe harbour in a storm. Now all you need to do is find one!