How To Apply To Work At A Summer Camp 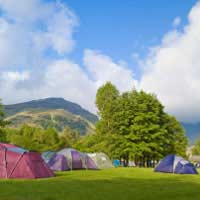 When applying to a summer camp, you should be aware that many camps are not self-standing organisations, but belong to large companies or associations which will collectively include many camps. Often recruitment for them is handled in common. Nowadays, a web page is usually the first step in the application procedure.

Most summer camps rely heavily on the recruitment of international staff, and will have done so for some time, so they will be used to dealing with all the bureaucratic aspects of international working. Normally you should be able to expect significant help from them in this area, and they may even be able to complete some of the paperwork for you. As they have a constant need to recruit internationally, the camp organisations will usually have some staff in the UK who can help you.

A typical application process for work in a summer camp will begin with you filling out a form online. You may be asked to pay something even at this early stage. It’s important to be sure that you’re dealing with a reputable organisation since the idea of paying for a chance at an interview is clearly wide open to abuse. There may be a requirement that you submit photographs, references from responsible people (i.e. not your best friend) who have known you recently.

If your initial application looks OK, you would normally be asked to an interview. The larger camp organisations will usually have a network of interviewers available around the country, so you shouldn’t have to travel too far. Smaller organisations may only do interviews in a few cities, though, so check in advance about this if you think travelling is going to be an issue.

After your application has been approved, you will normally need to get a visa from the embassy or a consulate of the country you’ll be going to. You may need to pay for this. Sometimes the camp organisation will pay for you. Often you’ll have to undergo a medical, and will be asked to pay for it. You will also have to submit to a criminal records check. Getting approval for the visa may well require you to attend an interview at the country’s embassy or consulate. Again, you should check where this is in advance if travelling is likely to be problematical for you.

After your application has been approved at every level, you’ve overcome the bureaucratic hurdles, and you’ve paid all the fees, what normally happens is that your name and information are placed in a central database where staff at all of the individual camps can see them. Based on the camp jobs they have available compared to the skills and experience you listed on your application, you may then receive offers from individual camps. Once you accept an offer, arrangements for your travel to the camp will normally be made on your behalf. If for some reason, you do not get an offer after going through the whole process and paying the required fees, some or all of your fees will normally be refunded to you.

Other Options for Applying To Summer Camps

The website isn’t the only option for applying to summer camps. Many of the larger camp organisations run recruitment fairs at various locations in Britain. At these you’ll be able to see presentations about life at the camp, talk to some of those who have been there, and be interviewed for a position at the camp. If all goes well, you might even be provisionally offered a place there and then, subject to subsequent checks, of course.

As well as applying directly to the summer camps or summer camp associations, you also have the option of going through agents. Agents can often get you a better deal from the camp than you would get if you applied directly. This might mean that you would have to pay less money. It may also mean that you have fewer things done for you than you would if you went through the camp organisation; for example, you may have to arrange flights and a visa for yourself.

Conclusion – Applying To Work In A Summer Camp

Fortunately, applying to work in a summer camp is not hard at all. Thousands of mostly young people are recruited each year, so the procedure is as streamlined as possible, and international recruitment is the norm, not the exception, so the camp organisations will be used to what’s involved.

Are You Suited to Working at a Summer Camp?