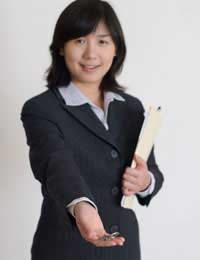 More and more of us are owning property abroad, encouraged no doubt by the combination of dismal weather and high house prices in Britain, and the spate of television programs showing us all how easy it is to own a place in the sun. Don't be fooled, though. Those programs often make it look deceptively simple. A decision to buy property abroad is one that should be carefully considered and researched.

Complexities of Owning a Property Abroad

The laws and regulations relating to property vary significantly from one country to another, sometimes even from one region to another within a country. Some countries have restrictions on the ownership of property by foreigners. In Switzerland, for example, it can be close to impossible for foreigners to acquire property; in Turkey, foreigners are not allowed to own property which is close to a military base. It's important that you get clued up on any local idiosyncrasies before you plunge in.

As you contemplate buying property abroad, you should consult both local experts and professionals in the UK who can advise you on the potential tax implications of your property purchase. If you're not careful, you can end up doing something which may make sense according to the local regulations, but which saddles you with a severe burden when your ties to the UK are taken into account. For example, in some countries, it is common for property not to be owned by individuals, but by a company specially created for them for that purpose. This often offers certain tax advantages within the local system. However, the arrangement can be viewed unfavourably by the British tax authorities and can often entail a severe and ongoing tax burden.

What Becomes of the Property if You Return to the UK?

You should think about how long you plan to go on living in the country where you're purchasing a property. Will you be there for the duration of the mortgage? Or do you plan to head back to Britain before that? And if so, will you be disposing of the property or do you intend to hang onto it? In the cases where you may face an ongoing mortgage liability in a currency different from the one you're being paid in, you need to take possible exchange rate fluctuations into account. If you're thinking of purchasing a property, living in the country for a few years, then selling it and moving it back to Britain while pocketing a tidy profit, you should be aware that this is much less likely in many other countries than it would be in Britain. Some countries actively discourage property market speculation. In Germany, for example, there is a 15% speculation tax which applies to all property which is sold within 10 years of having been purchased. The various fees involved in the transaction will also raise this significantly. As a result, selling a home after a few years of living in it is as likely to result in a loss as a profit.

Getting a Mortgage for Property Abroad

In recent years, some British banks may have established a presence abroad to facilitate the purchase of local property by British people. If you can hook up with one of them, it may be the best way to navigate the pitfalls of the property market abroad. You can get advice in your own language, and they will be able to advise you on both the domestic and British aspects of the transaction. However, British banks tend only to be active in the most popular markets for foreign properties, such as France and Spain, so you may not be able to count on this elsewhere. If there is no local British bank presence and you're reluctant to approach local banks, you may be able to get mortgages for foreign property from UK-based institutions.

Alternatively, UK-based foreign mortgage brokers exist, who should be able to hook you up with local institutions which meet your needs.

When considering a property purchase abroad, it is very important too look not only at the ticket price of the property, but all of the related ancillary costs - such as taxes and fees. In Britain, the property buying process is fairly streamlined. Typically, the additional costs incurred in a property purchase will be about 5% of the value of the home. Outside of Britain, however, they can be as much as 20% of the property's value. Make sure you've taken account of the extra costs when budgeting for your new home.

Dealing with the complexities of acquiring and owning property is among the greatest challenges you can face when you decide to go work abroad. It is essential to do thorough research, and take extensive professional advice, before making any commitments.