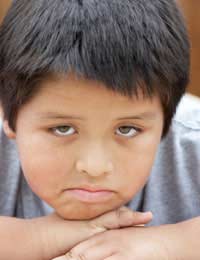 No matter how gung-ho you are about the idea of living and working abroad, the idea of what it might do to your children is something that many parents find troubling. You may be convinced that the living environment abroad will be more attractive for your children, but doubts about the education they will receive, and how well they will integrate, may be enough to give pause to your plans.

The most obvious question relates to language. Do you want your children to adopt the native language of the country you're moving to, or would you prefer that they remain primarily English-speaking? If you want them to integrate fully, and speak the local language just like a native does, will they be able to learn it? What if they struggle and end up isolated and confused at school?

Your decision about which language you want your child to be most proficient in will most likely hinge on your future plans. If you intend to return to Britain after a brief spell abroad, naturally you will want them to preserve their knowledge of English, while of course learning as much as they can of the foreign language, and to pursue qualifications which will be relevant in the UK.

Many parents moving abroad worry about their children's ability to pick up the language. In fact, this is not usually a problem. Children absorb languages more quickly than adults and you are likely to find that your children's language proficiency zooms well past your own! You may even find that the opposite problem develops : they become so at home in the native language of the country that their knowledge of English begins to fade.

How readily your children take to the native language and culture usually depends on their age. Young children of 4-5 years pick up the language very easily indeed and are often fully fluent within 6 months to one year. They tend to integrate fully and become, perhaps to your chagrin, very much like natives of the country. As a result, their knowledge of English may deteriorate markedly.

As children get older, their receptivity to the new language will diminish. Teenagers have the most trouble and, even after they have learned the language, will usually always speak it with an accent.

Your choice here is essentially twofold : to integrate your children into the local schooling system in the country you're moving to or to send them to a special international school instead. In our globalised world, international schools have quite common and should be available in most major cities.

Their major downside is their cost. All will require hefty fees, comparable to those of a private school in the UK. Their nature varies quite widely. Some teach entirely in English, while others strive to be bilingual, with some classes given in English, others in the native language. You can expect all of them to teach the native language to some degree, though, in some, it will only be in the way French or German is taught in British schools.

Local schools are the cheaper option and perhaps best if you intend to live in the new country permanently. It will undoubtedly be a struggle for your children during the first six months to a year in which they don't understand the language. Just as the Vikings taught their babies to swim by throwing them into the water, however, you'll probably find that sheer necessity is the best teacher. Total immersion will usually bring your children up to fluency quickly.

In areas where there is a large expatriate community, the schools will often have faced the problem of integrating English-speaking children before and may well have special provisions for it. In these cases, intensive personal language tuition for your children may be provided for the first few weeks or months. Don't count on it, though. It's best to do some research beforehand. If the school doesn't provide special help, you should consider hiring private tutors as the language barrier will be formidable for them.

Adults tend to worry greatly about how their children will cope with the move abroad. Children are often highly resilient, though, and often find the move to a new country enriching and rewarding.